Warning: count(): Parameter must be an array or an object that implements Countable in /usr/www/users/besmgm/besmgmt/wp-includes/post-template.php on line 284
Skip to main content 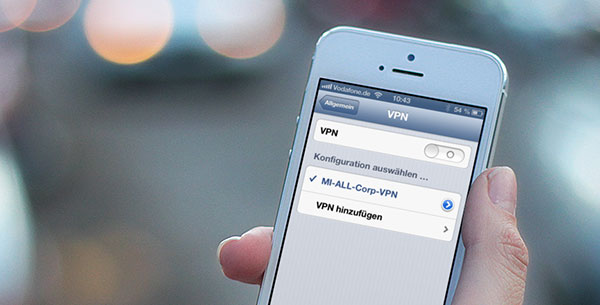 Due to a lawsuit by VirnetX, Apple will be changing the behavior of VPN On Demand for iOS devices using iOS 6.1 and later.

Devices using iOS 6.1 and later with VPN On Demand configured to „Always“ will behave as if they were configured with the „Establish if needed“ option. The device will establish a VPN On Demand connection only if it is unable to resolve the DNS name of the host it is trying to reach. This change will be distributed in an update later this month.